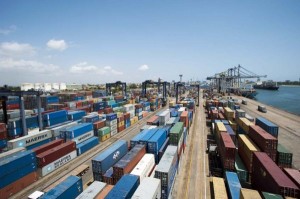 The Tanzania Freight Forwarders Association (TAFFA) has accused TICTS of causing unnecessary delays at Dar es Salaam, as well as the container deports at Kurasini and Unbungo, citing increasing storage charges due to the delays in physical verification of cargo and a lack of banking facilities at TICTS offices at the port.

Speaking to AllAfrica, Tony Swai, Secretary General at TAFFA, said: “To have your cargo for verification alone can take at least three days while you only have seven days as grace period to clear your cargo, something, which leads us to incur storage charges,

“If they are overwhelmed by the backlog due to limited space why don’t they surrender some of the consignments to be stored within the port instead of embracing monopoly?”

Meanwhile, Jared Zerbe, CEO of TICTS rejected the claims, saying congestion was caused by an threefold increase in bookings and the assurance that soon banking facilities at the port would be unnecessary as the process was soon to be completely automated.

Two new ship-to-shore cranes which are due to be commissioned by the end of the year, could help to ease the delays currently being experienced.