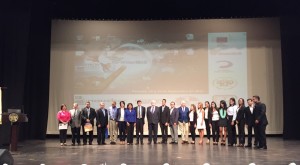 From the 18th to 19th November, the conference “Trendings & Prospectives of the Motorways of the Sea, a European Concept for the Central American Countries” was held in Panama as part of the dissemination and communication tasks of the results of WiderMoS project, co-funded by the European Commission and its Innovation and Networks Executive Agency (INEA), as part of the CEF – Transport call 2012 -2013. The European group was led by by the Head of Studies and Special Projects and responsible WiderMoS, Ms. Federica Montaresi on behalf of La Spezia Port Authority and Mr. Alexio Picco from Circle, and by PhD. Jesus Ezequiel Martinez, coordinator of the degree of Logistics and Maritime Business of Tecnocampus Mataro (Pompeu Fabra University), Mr. Jesus Carbajosa, Head of European projects CIMNE / UPC and the Captain Agustin Montori from ASTA Logistik and on behalf of Estudios Marítimos Naucher.

The Rosendo Taylor Auditorium of the Faculty of Civil Engineering of the Technological University of Panama welcomed the event that unveiled the solutions developed in Europe in the field of Motorways of the Sea, linking them to the projects that are promoting the Short Sea Shipping (SSS) projects in Central America, which are currently being studied and developed in the Caribbean region through COCATRAM (Central American Commission on Maritime Transport); this Commission has developed a doctrine for SSS with the countries that take part of the so-called Mesoamerica region and it has important points in common with the MoS (Motor Ways of the Sea) initiatives implemented in the EU. This event has certainly facilitated the exchange of experiences, technology and opportunities based on strategic networking involving the port, logistics, shipping business and academic sectors.

The Panamanian representation leaded by the Dean Mrs. Angela Caicedo Laguna, was attended by prominent professors and professionals as Mr. José Dopeso from COCATRAM, Captain Orlando Allard from the Maritime Chamber of Panama, Professor Kristel Suarez from the International Maritime University of Panama and the PhD. John Jordan Castillo from the Technological University of Panama.

The members of the European Delegation were received by the Coordinator of the Logistics Office Presidency of the Republic of Panama, which coordinates the activities of various government agencies in this field. The meeting highlighted the great potential for cooperation of EU agencies (INEA – and the MoS program) in an eventual implementation in Mesoamerica of the initiatives to improve inter-modality, interoperability and efficiency of freight systems that exist in the region.

An important meeting in the Maritime Chamber of Panama was also held, and both the European Delegation and the Member of the Chamber agreed to work for a strong cooperation that should lead to the formalization of bilateral agreements on issues concerning Motorways of the Sea and intermodality solutions in Central America.

The delegation expressed its satisfaction with the results of a week of hard work, convinced of the great potential for cooperation strategies between the EU and Mesomerica in the development of joint initiatives in the field of Motorways of the Sea, and others referring to the improvement of activities aimed at achieving a more efficient, less polluting and more interconnected maritime transport. It also defined important areas of cooperation in training of professionals in this important sector.

The organizing committee and Panamanian institutions, agreed that from now, the foundation for future exchanges of knowledge and experiences sit in the framework of European projects, stimulating intercontinental cooperation and dissemination of international initiatives that will begin to be shared.

Below the pictures of the Conference 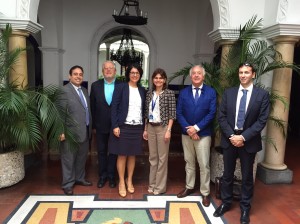 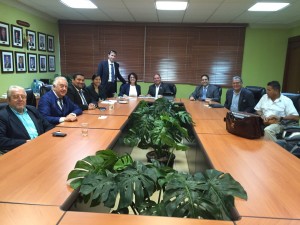 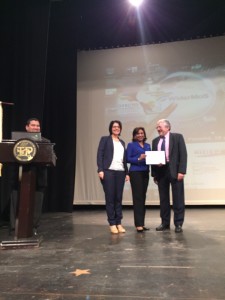