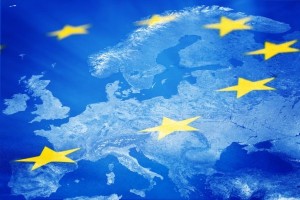 The European Sea Ports Organisation (ESPO) in a coalition of thirty European transport bodies has asked the EU for renewed infrastructure funding. Campaign signatories included not only ESPO, which lobbies for European Seaports interests, but also the Federation of European Port Operators and Private Terminals (FEPORT).

Completion of the core network, which requires 83 of the main European ports to be fully connected with rail and road links, is at risk due to insufficient funding, they said. This is because the current CEF transport budget has been fully used.

What’s more, demand for CEF funds is in many cases more than 2.5 times the available resources, the organisations said in a leaflet. The EU in 2013 established the CEF funding programme to create a trans-European transport network (TEN-T) which includes seaports, for example by funding low-emissions shipping fuels. This has supported the construction of a new railway in Bremen Port, as well as Port of Helsinki’s automated mooring system. To qualify, the ports must handle at least 1% of the EU’s total throughput.

Read a paper by the Italian Society of Transport Policy on how the 2007 recession and Brexit affect throughput for ports in the TEN-T programme.

ESPO’s Secretary General Isabelle Ryckbost, said: “We are very pleased to see that 30 transport organisations, covering all modes and nodes, service providers, users and cargo owners are supporting this plea for a strong financial support for the completion of the TEN-T network.

“EUR750 billion (US$893 billion) is needed to complete the TEN-T core network.  “We all know that transport projects with a high societal return do not always generate the necessary return on investment. “We also believe that CEF support is the best guarantee to deliver high EU added value and responsible grant management.” “Ports face a continual challenge to invest in long-lived port infrastructure.

“Even where such investments provide high added value and generate substantial economic returns, they often have low financial returns for the port authority.

ESPO’s Chairman, Eamonn O‘Reilly said: “In the context of the review of the Connecting Europe Facility, ESPO will continue to make the case for continued and increased financial support in a variety of forms. Grants are an essential component of this.”