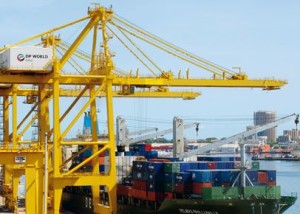 Sultan Ahmed Bin Sulayem, DP World chairman, met with the Presidents of Ghana, Uganda and Rwanda in Dubai, to discuss how to take best take advantage of the 400% increase in trade between Africa and rest of the world in last two decades.

“Africa’s trade potential is enormous. Infrastructure development is more important than ever to maintain and increase this growth momentum,” he said.

“We also expect that technology will completely disrupt supply chains in the future – consider the implications of blockchains, the Internet of Things and autonomous ships – reducing the cost of trade and development in Africa too.”

Mr Bin Sulayem pointed out that Public Private Partnerships (PPPs) are the route to progress because they are an effective model to fund infrastructure projects, but robust government policy and transparency are essential to its success.

DP World also used the meetings to shed light on the company’s business plans for the continent, where its presence has grown from five to seven countries in the last two years, including Algeria, Egypt, Djibouti, Senegal, Mozambique, Rwanda and Somaliland.

In Senegal, the operator recently announced that it will build an integrated port, logistics and economic zone in Dakar for the creation of cargo and free movement of goods to support the country’s economic diversification, boosting non-resource exports.