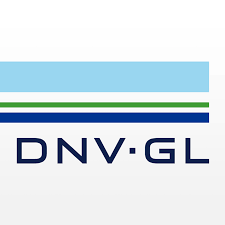 DNV GL – Maritime has released its second Maritime Forecast to 2050, part of a suite of Energy Transition Outlook (ETO) reports launched today in London. The Forecast provides an independent forecast of the maritime energy future and examines how the energy transition will affect the shipping industry.

“The energy transition is undeniable,” says Remi Eriksen, Group President and CEO of DNV GL. “Last year, more gigawatts of renewable energy were added than those from fossil fuels and this is reflected in where lenders are putting their money.”

Following on from the 2017 report, the new Maritime Forecast to 2050 focusses on the challenges of decarbonizing the shipping industry. It examines recent changes in shipping activity and fuel consumption, future developments in the types and levels of cargoes transported, and future regulations, fuels and technology drivers.

“Decarbonization will be one of the megatrends that will shape the maritime industry over the next decades, especially in light of the new IMO greenhouse gas strategy,” says Knut Ørbeck-Nilssen, CEO DNV GL – Maritime. “Combined with the current and future trends in technology and regulations, this means that investment decisions should be examined through a new lens. Therefore, we propose a ‘carbon robust’ approach, which looks at future CO2 regulations and requirements and emphasizes flexibility, safety, and long-term competitiveness. With this new framework, we hope to help empower robust decision making on assets.”

In the first Maritime Forecast, DNV GL introduced the concept of the “carbon robust” ship. The 2018 Forecast develops this concept with a new model that now evaluates fuel and technology options by comparing the break-even costs of a design to that of the competing fleet of ships. This aims to support maritime stakeholders in evaluating the long-term competitiveness of their vessels and fleet and to future-proof their assets.

A case study utilizing the model in several vessel designs reveals some striking findings, including that investing in energy efficiency and reduced carbon footprint beyond existing standards, can increase the competitiveness of a vessel over its lifetime. The study also suggests that owners of high-emitting vessels could be exposed to significant market risks in 2030 and 2040.

“The uncertainty confronting the maritime industry in increasing as we head towards 2050. This makes it more important than ever before to examine the regulatory and technological challenges and opportunities of future scenarios to ensure the long-term competitiveness of the existing fleet and new buildings,” said Knut Ørbeck-Nilssen.

The Maritime Forecast predicts a rise of nearly a third (32%) in seaborne-trade measured in tonne-miles for 2016–2030, but only 5% growth over the period 2030–2050. This is based on the results of DNV GL’s updated global model, which is described in detail in the DNV GL Energy Transition Outlook 2018. The model encompasses the global energy supply and demand, and the use and exchange of energy within and between ten world regions.