The ground-breaking pilot project establishing cold-ironing technology at Killini Port, was presented onThursday 20/7 at a special event, gathering together public officials, representatives from the local community and stakeholders from social and institutional sectors. The event, which was organised by the European co-funded project elemed and Killini Port Authority, opened the Secretary General of Hellenic Ministry of Shipping D. Kalamatianos and the Western Greece Vice Governor G. Georgiopoulos.

The “why Killini” question for the establishment of the first pilot cold-ironing installation in Eastern Mediterranean, was the core of the event, highlighting the technical feasibility of the port but mainly Municipality’s vision and will to offer a more sustainable and greener future for Killini society. “We won the first bet, and we will continue” added Killini’s Mayor Nabil Morad.

Specific emphasis was given to the environmental, social and economic benefits envisaged by the implementation of electrification technologies. “All the involved parties must endorsed this important initiative”, Kalamatianos underlined during his welcome address.

Main aspects of the Elemed project and hybrid technologies were presented by P. Mitrou, Technology & Innovation Manager, Marine & Offshore at Lloyd’s Register South Europe. Available funding opportunities and schemes that could be valuable for the second phase of the Killini works and suitable for smaller ports of the region, were highlighted by Professor D. Lyridis from the National Technical University of Athens.

At the end of the event, the attendees had the opportunity to be guided to Killini port where the pilot cold-ironing infrastructure will be installed.

Elemed (Electrification in the Eastern Mediterranean) prepares the ground for the introduction of cold ironing, electric bunkering and hybrid ships across the Eastern Mediterranean Sea corridor, aiming at eliminating emissions & noise in ports and surrounding urban area. It is a co-funded by European Union project, studying all technical, regulatory and financial issues related to the establishment of cold-ironing infrastructure, in four ports (Piraeus, Killini, Lemesos, Koper), involving three countries. Within elemed framework, the first pilot cold-ironing infrastructure in Eastern Mediterranean will be established in Killini Port. 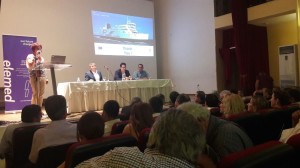 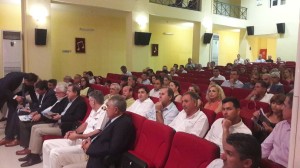 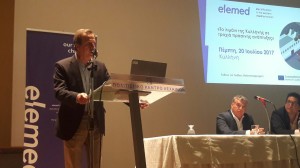 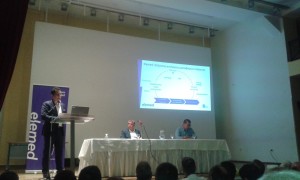 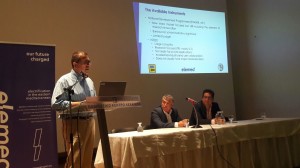 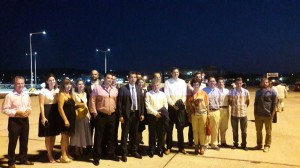 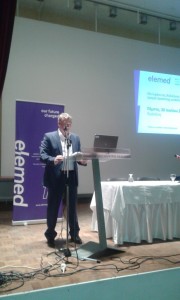 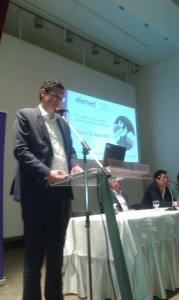