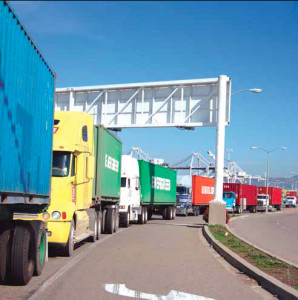 GSC Logistics said that its three-year trial to test battery-powered big rig technology will take place at the Port of Oakland from this September, and depending on the outcome, these trucks could be integrated into its fleet.

“The purpose of the demo is to prove that battery-operated trucks can work in real world applications and port operations,” said Scott Taylor, CEO, GSC Logistics.

“We’re out to prove that zero-emission, battery-powered trucks can be used in heavy-duty applications,” said Andy Swanton of subsidiary BYD California.

He said the benefits of electric vs diesel-powered trucks include lower operating costs, no diesel exhaust and quieter rides for drivers and neighbourhoods near truck routes.

GSC Logistics said its truck will shuttle import containers from Port of Oakland marine terminals to a nearby yard. The rig has a 100-mile battery range and the company will install a charging station to plug in the vehicle.

The Port of Oakland said the state-sponsored trial fits well with its emission-reduction efforts.

“We’ve done everything from subsidising clean-truck purchases to shrinking the queues at our gates,” said Richard Sinkoff, Port of Oakland environmental programs and planning director.

The port said it has already reduced diesel particulate emissions from harbour trucks by 98% in the past decade.