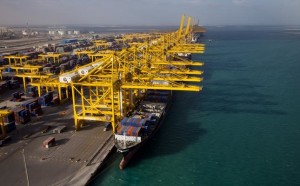 DP World and the Government of the Republic of Cyprus have entered into two separate concession agreements for the commercialisation of activities within Limassol port, Cyprus.

DP World Limassol has been awarded a 25 year concession for the exclusive right to operate the multipurpose terminal, whose activities include break – bulk, general cargo, ro – ro and the operation of the passenger terminal. Simultaneously, P&O Maritime Cyprus (a wholly – owned subsidiary of DP World Limited), has also been awarded a 15 year concession to exclusively provide a full range of port marine services including tugs and pilotage at the port of Limassol.

Both concessions will be awarded to a joint vent ure between DP World and G.A.P. Vassilopoulos Public Limited, a logistics and services company, listed on the Cyprus Stock Exchange. DP World shall hold 75% of the share capital of each joint venture, as well as the management rights.