Does Bitcoin have a future in shipping? 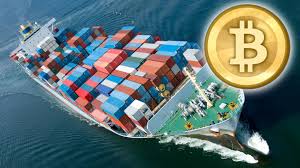 Google now receives more search requests for Bitcoin than for Kim Kardashian, Beyoncé and Taylor Swift combined. This week, a shipping company announced that it is working on a deal that will be paid in Bitcoin, which is believed to be an industry first. But does Bitcoin have a future in shipping?

Firstly, what is Bitcoin? It is digital and seen as an alternative currency. Unlike the notes or coins, it largely exists online and is not printed by governments or traditional banks.

A small but growing number of international businesses, including Expedia and Microsoft, accept Bitcoins, which work like virtual tokens. Bitcoin has been likened more to a commodity than a currency, with people choosing to invest and trade in it.

The protocols behind Bitcoin limit its circulation to a maximum of 21 million. The vast majority of users now buy and sell Bitcoins as a financial investment; however, they can be exchanged for other currencies and, increasingly, products and services.

In October, a Notting Hill mansion went on sale for £17 million to be paid in Bitcoin, in what is believed to be a first for London.

“We would like to be the first company to transact in Bitcoin. It can be done quicker, more efficiently and it is much easier to deal with than using banks, which are putting in unnecessary over-regulation,” said Lev Loginov, founder of property investment company London Wall, which is selling the Notting Hill house.

However, on Wednesday, a Bank of England deputy governor warned “investors should do their homework” on Bitcoin. The cryptocurrency is now around $7,500, down from the record $11,434 (£8,500) it hit on Wednesday.

Neil Wilson, a financial analyst at ETX capital in London, called this week’s trading “a rollercoaster like nothing I’ve ever seen”. He said part of the volatility was due to small investors “with no market experience” buying and selling the coin.

“There is no way to discern what fair value is – it’s so incredibly speculative and it is so new and not properly understood,” he said.

This week, Bloomberg reported that Ukrainian bulker company Varamar is in negotiations over its first deal with a client in Bitcoin. The cryptocurrency will make it easier to do business with customers in countries affected by sanctions, and means less paperwork than traditional bank deals, Varamar said.

Russian shipbroker Interchart is also reportedly working on a Bitcoin payment system for customers who aren’t able to easily transact in dollars due to bank restrictions.

So does Bitcoin have a future in shipping? For the purposes of circumventing banking restrictions, we would suppose so. But Bitcoin is an immature market that is still finding its feet and is still subject to exploitation.

Earlier this week, Jeffrey Currie, global head of commodities research at Goldman Sachs, told Bloomberg TV that two key issues need to be resolved if the Bitcoin market is to behave like the gold market.

Firstly, Bitcoin remains difficult to value – look at the price volatility. Secondly, just as gold needs to be vaulted securely, so too does Bitcoin. Cryptocurrencies are currently vulnerable to hacking through online wallets or the user’s computer or smartphone, are subject to regulatory risk, and network and infrastructure risk during a crisis. Currie said if/when these issues are resolved then investors can begin to think of Bitcoin as a more conventional commodity market.

Looking to the future, Currie said that innovation does not lie within Bitcoin itself but within blockchain – which we think will definitely play an increasingly important role within shipping. Indeed, a number of companies have already been experimenting with the technology.

The first blockchain was conceptualised in 2008 and subsequently implemented in 2009 as a core component of Bitcoin, where blockchain serves as the public ledger for all transactions.

A blockchain is a continuously growing list of records, called blocks, which are linked and secured using cryptography. Each block typically contains a hash pointer as a link to a previous block, a timestamp and transaction data. Blockchains are designed to be inherently resistant to modification of the data and are therefore secure to tampering.

In June, Maersk and IBM announced their partnership that will use blockchain technology to help transform the global supply chain. Subsequently, IBM signed a Memorandum of Understanding with Pacific International Lines and port group PSA International to expand the blockchain trade project.

We are watching the developments in the Bitcoin market with interest – we’ve seen people make a quick buck – but blockchain is the key to the future of shipping.