In demolition, European law will change nothing 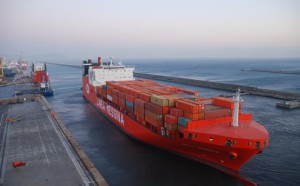 Barcelona – During 2009, the ships demolition plants in Pakistan were closed for a year. They were reopened and were given a year to adapt to safety national regulations. But at the end of that year, another one-year extension was provided, and then another one and so forth. Just by greasing the right wheels, progress in the ship demolition system can be stalled. Pakistan, together with India and Bangladesh, are leaders in this industry, which is one of the most meagre and polluting in the world. It is difficult to unhinge the system: There is a new regulation in the works, according to which ships sailing under European flags will be demolished according to environmental and employment sustainability criteria. In practice, however, according to Ingvild Jenssen, Executive Director of the Ngo Shipbreaking Platform, the actual results are bound to be discouraging: only 17% of the referable vessels of European owners actually sail under a European flag, that is 8.9% of the world fleet. Furthermore, 27% of these ship-owners cede the ships to the demolition company at disposal time, by simply changing flag.

Jenssen concludes: “if European regulation goes into effect with the flag criteria intact, only 4.1% of the world fleet would be affected”. Due to this, the NGO’s proposal is to include under the umbrella of the European regulation all ships transiting European ports. As explained at the Green Port Congress in Barcelona, in this way the regulation would cover 60% of the world fleet. This idea does not excite Isabelle Ryckbost, General Secretary of ESPO, the association of European ports, because it will increase costs and structural controls in Europe, thus affecting competitiveness. At the international level, the demolition industry should be managed according to the Hong Kong international convention.

But this regulation has not been ratified by any of the three leading countries in the demolition industry and it is still considered ineffective by NGO. The European Commission published in 2013 a more solid regulation. Guidelines to be published in mid 2015 will include a list of structural norms that will go into effect between 2016 and 2019. With this regulation in place, countries currently ousted would be able to join the industry. For example Italy has shown its ambition with the war among ports to get the “Concordia” demolition. But significant change or the construction of a large industrial base will not occur if Brussels locks in on the flag principle only.