Croatia, a possible LNG terminal leader in the 2018 ? 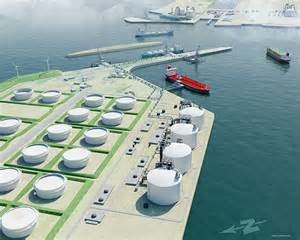 “We believe that the LNG project brings low cost and risks, and represents a business opportunity for Croatia to demonstrate regional leadership and support energy objectives of Southeast Europe”, said the Ambassador.
The word of the Ambassador sound like the definitive possibility for the Croatia to become the leader in the Adriatic Sea about the LNG fuel. The location has been located in the island of Krk.
The success of this project will pass across the politics of United State where its president Donald Trump seems to increase the Exportation, but the really game winner key will be the politics of Russia and the relative price of Gas.
A prerequisite for the construction of the terminal on the island of Krk is the construction of infrastructure which would turn LNG into gas, and that will be the task of the state-owned Plinacro Company. Everything else should be financed by private capital and investors which, according to the LNG Croatia company, are still interested, even though, instead of a large land terminal, a smaller floating terminal will be built, with the capacity of about 1.8 billion cubic metres a yearLNG Croatia believes that the floating terminal project will be launched next year and that it will become operative in 2018, which would be a year before the larger, land terminal was supposed to start operations. In the meantime, the European Union will have to decide whether it would be willing to finance new studies and drafting of other documents needed for the floating terminal project.