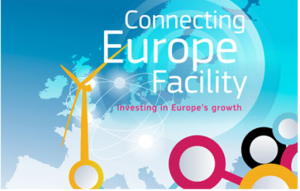 The 2016 CEF (Connecting Europe Facility) Transport calls for proposal closed on February 7th.  The Innovation and Networks Executive Agency (INEA) has received 349 project proposal requesting nearly €7.5 billion in total EU funding. The total available budget for the call is €1.94 billion. Evaluation of the project proposals with the help of external experts will start in March.
As highlighted by INEA these data represent an overall oversubscription rate of 3.86 times the budget available.

The CEF programme represents a key EU funding instrument to promote growth, jobs and competitiveness through investments on essential infrastructures at European level, between 2014 and 2020. The Connecting Europe Facility is an EU funding programme which aims to support and accelerate investment in the trans-European networks in the transport, energy and telecommunication sectors and to leverage funding from both the public and private sectors. The legal basis of the programme is Regulation (EU) No 1316/2013.
Cohesion calls were open exclusively for proposals in EU Member States eligible for funding from the Cohesion Fund, with a total indicative budget of €1.1 billion.

General calls were open to all EU Member States, with a total indicative budget of €0.8 billion
As for the difference between CEF and Cohesion Funds, the Connecting Europe Facility (CEF) has been set up to support the development of high performing, sustainable and efficiently interconnected trans-European networks in the fields of transport, energy and digital services. Funding under the CEF programme is distributed primarily through competitive calls for proposals. The Cohesion Fund is aimed at Member States whose Gross National Income (GNI) per inhabitant is less than 90% of the EU average. It aims to reduce economic and social disparities and to promote sustainable development. The funding under the Cohesion Fund is primarily managed by national governments in EU Member States.