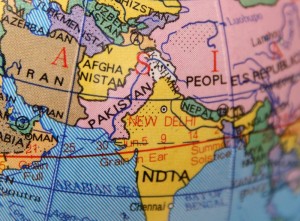 India has signed an agreement to develop the Iranian Port of Chabahar in a move that sees New Delhi gain ground on Beijing’s dominance in the world of maritime acquisitions, in a further twist an Iranian Ambassador has stated that Chabahar intends to be a “friend” to Pakistan’s Chinese backed Gwadar Port as opposed to an enemy.

The Chabahar deal carries such significance as it was a port that China supposedly had its eye on, and after subsidising various port projects as part of its Maritime Silk Road – also known as One Belt, One Road – strategy, it looked another key node for China.

However, that a deal was struck by India, which also has its Project Mausam strategy in the region; it provides ample competition.

Despite the apparent potential regional tension, an Iranian ambassador has stated that the ports intend to be “friends”, and the US has backed the Indian Chabahar buyout, largely because it provides competition to the China-Gwadar corridor.

The aforementioned corridor has an estimated value of nearly US$50 billion.

Gwadar Port offers Pakistan a chance to drive its economy, and gives China an opportunity to increase its influence in the region and create a key artery of trade in Asia.

Meanwhile, the around $500 million backing Chabahar Port has received from India offers Iran, with its international sanctions lifted, an opportunity for sizeable growth.

However, the buying and backing of key ports in countries striving for growth by superpowers capable of spending mega-money signals a new era in which the maritime industry and global politics is inextricably linked.