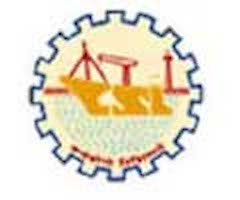 A Large Deck Cargo built for Abu Dhabi-based National Petroleum Construction Company (NPCC) was launched by Cochin Shipyard here today.
It was launched at an event, considered to be one of the milestone events in the life of a vessel as it touches water for the first time, at the building dock in Cochin Shipyard Ltd (CSL), a statement said.
Cochin University of Science and Technology, Vice-Chancellor, J Letha, CSL Chairman and Managing Director, Madhu S Nair and several other officials attended the ceremony.
The launch barge, designed and built by CSL is amongst the largest of its kind, having a length of 180 M, breadth of 42 M and depth of 11 M, the CSL said in a statement.
It can carry offshore topsides upto 30,000 metric tonnes (MT) and can be used for launching offshore jacket structures up to 15,000 MT, it said.
It is fitted with four numbers large pumps with a total capacity of 26,000 Cu.M/Hr, a fully computer controlled level controlling and monitoring system and two main generator sets of 2100KW capacity each, catering to the power requirements, the statement added.
The order for the barge was bagged by CSL on January last year.
In 2002, CSL had built and delivered a 130 M long Barge to NPCC.