Whilst Chinese companies have been busy acquiring rights to Europe, particularly Mediterranean seaports, the Beijing government has also been building relations with countries of the Persian Gulf Cooperation Council (GCC). 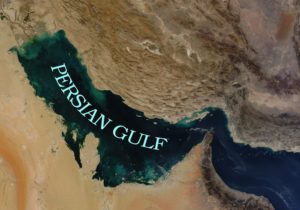 The Cooperation Council for the Arab States of the Persian Gulf, originally known as the GCC, is a regional inter-governmental political and economic union consisting of all Arab states of the Persian Gulf except Iraq, – Saudi Arabia, the United Arab Emirates, Bahrain, Kuwait, Oman, and Qatar. Beijing sees these countries as important stages on the new Silk Road.

The new Silk Road is believed to include 70 countries and make up two-thirds of the world’s population and 40% of global GDP.

China is the leading trading partner for GCC states with mutual trade expanding fivefold in the last 18 years and Chinese investment in GCC states is worth over $90 billion.

Saudi Arabia is investing billions in refineries and petrochemical facilities in China and seeking to take a larger role in the China-Pakistan Economic Corridor, a framework of regional transport connectivity which will not only benefit China and Pakistan but also Iran, Afghanistan, India, the Central Asian republics and the wider region.

Similarly, there have been investments in other GCC countries: Oman’s Duqm, a major port and industrial zone, $10.7bn in investment from a Chinese consortium; China’s Cosco Shipping Ports, concession agreement to operate Container Terminal 2 at Abu Dhabi’s Khalifa Port.