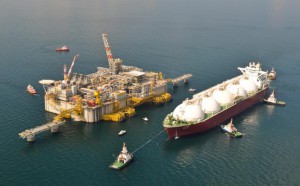 Portland – Spanish energy giant Repsol has received approval from Canadian regulators to begin exporting liquefied natural gas from its under-utilized Canaport import facility in Saint John, New Brunswick. The National Energy Board of Canada granted the company a 25-year permit to import as much as 312 billion cubic feet of natural gas per year by pipeline from the United States and western Canada, then convert it to 6 million metric tons of LNG at a new on-site facility, according to an approval letter from the National Energy Board of Canada dated Sept. 3. The project is one of four LNG export terminals proposed in eastern Canada, aiming to ship abundant North American natural gas to energy-hungry markets overseas. Two projects in neighboring Nova Scotia, proposed by privately owned Pieridae and Australia’s Liquefied Natural Gas Ltd, received energy board approval last month. Nineteen similar projects have been proposed in British Columbia, on Canada’s west coast. In its letter, Canada’s energy regulator acknowledged the deluge of recent applications, but indicated it was unlikely all would survive.

“All of these LNG ventures are faced with a robust, but limited, global market and face numerous development and construction challenges,” it said. The east coast projects, including the existing Canaport marine terminal, are well positioned to meet Europe’s demands for cheap and dependable gas in the face of continuing instability in Ukraine, according to analysts. But supply remains a major hurdle. Quebec, Nova Scotia, New Brunswick and Newfoundland and Labrador have all imposed various forms of moratoriums on hydraulic fracturing – a process required to access shale gas deposits – over environmental concerns. In its proposal, Repsol downplayed concerns about supply, saying it was “evaluating the prospects of sourcing feed gas supply from Western Canada and/or the United States.” But only one pipeline, Spectra’s Maritimes & Northeast (M&NP), currently connects the region with the vast Marcellus shale gas deposit beneath Pennsylvania, Ohio and West Virginia. The four new eastern Canadian plants would require nearly twice New England’s current annual consumption of natural gas, as well as new pipeline infrastructure to transport it. Recent proposals to build pipelines through the U.S. Northeast have met resistance from local environmentalists. Canaport was built in 2009 to supply the Canadian and U.S. markets, but the shale boom in the United States has since left it underused.