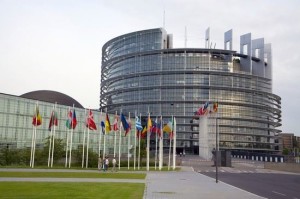 On 26th February Brian Simpson, OBE, EU Coordinator for Motorways of the Sea took part in a hearing organised by the EP Transport Committee devoted to TEN-T Policy.

He highlighted the main elements of his second Motorways of the Sea Detailed Implementation Plan.
He called on Members to “think maritime” when it comes to negotiations of the next MFF and the place of future transport budget in it.

The Motorways of the Sea Detailed Implementation Plan has indeed the aim of outlining the vision for the future of  Motorways of the Sea (MoS) as the maritime dimension of the Trans-European Transport Network, to ensure a sustainable, integrated, safe and competitive Short Sea Shipping sector in the EU.

Following extensive consultation with stakeholders, EU institutions and Member States, and an in depth data analysis, the DIP presents a number of recommendations under its three pillars (Environment, Integration of maritime transport in the logistics chain, and Safety, Traffic Management and Human Element) to shape the MoS programme of tomorrow.