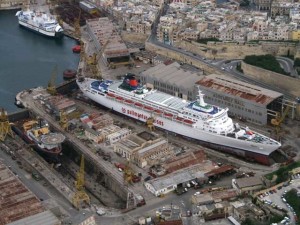 The Amsterdam-Rotterdam-Antwerp barge market for 50 ppm gasoil used as heating fuel in Northwest Europe, gripped by weaker demand in the region, fell to a three-month low Wednesday, as a narrow contango market structure that has swept across distillate markets has also led to increased sales from storage in the North.

In the summer season, the need for 50 ppm gasoil has fallen as heating fuel needs are much lower as temperatures improve. Germany is the region’s largest consumer of this grade of heating fuel.

Furthermore, end-consumers are typically more sensitive to the flat price moves than in other distillate markets; they previously went on a buying spree when flat prices hit right-month lows at the end of June.

Following that, flat prices have since moved higher, which has meant end-consumer demand has eased.

This demand weakness has hit the 50 ppm gasoil market more than wider distillate markets, with the difference between 50 ppm gasoil and ultra low sulfur diesel falling to its lowest level in seven months at a $3.25/mt discount.

On the supply side, the recent narrow structure across the prompt ICE low sulfur gasoil futures has also encouraged storage plays, according to trading sources of late.

Therefore, 50 ppm gasoil has been sold from tanks as storing product has become less economical.

The spread across the August and September ICE low sulfur gasoil futures contracts were assessed at a 25 cents/mt contango Wednesday, 25 cents/mt narrower on the day.

This cargo was later fixed for West Africa since the seller saw Ghana’s shift to a 50 ppm gasoil market and demand in Northwest Europe was flailing, one WAF trading source close to the matter said.