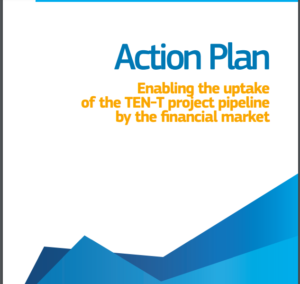 The European Union has set jointly with the Member States very ambitious goals to realise a core trans-European transport (TEN-T) network by 2030 and a comprehensive network by 2050. Realising the core network alone requires investments of around 500 billion EUR over 2021-2030. It is evident that these investments cannot be funded by grants only, nor by the EU financial instruments, even with significantly increased budgets.

This paper complements the “Action Plan on making the best use of new financial schemes for European transport infrastructure projects” of June 2015 and its Progress Report of January 2018 of the European Coordinators Prof. Kurt Bodewig and Prof. Carlo Secchi. It is based on numerous discussions with stakeholders both within and outside the EU institutions. The paper aims to help mature the pipeline of TEN-T projects by defining the
criteria which they should meet in order to be “bankable”, i.e. attractive for the financial market either by themselves or with the help of a grant component. It also goes into additional or strengthened recommendations that can be made based on the latest developments, addressed to the European Commission, Member States and/or project promoters.

Last, the paper is a call to reflect with all actors involved on what are the possible instruments to finance the TEN-T beyond pure grants and more particularly on how to improve the EU granting system with the aim to leverage private finance and to maximise the added value of the use of scarce resources. In that context, the recent experiences under CEF with blending calls and facilities for offering grants based on the financing gap identified by the market provide important lessons learned on how to continue such schemes. The paper suggests calling upon that expertise of the financial market in order to help define the level of grant needed by sector or type of projects and investigating the idea of auction mechanisms to receive grants.

The European Coordinators are designated by the European Commission, DG MOVE, in order to facilitate the coordinated implementation of the TEN-T core network corridors.
Prof. Kurt Bodewig is the European Coordinator for Motorways of the Sea. From 2014-2018 he was the European Coordinator of the Baltic-Adriatic Corridor. He is a former Federal Minister of Transport, Infrastructure, and Housing of Germany. He is Professor for Transport Policy and Infrastructure at the University of Applied Sciences Osnabrück and Guest Professor for Transport Policy, Infrastructure, and Logistics at the Hefei University in China. From 2013 until 2016, he has been president of two Commissions of the German Länder on ‘Sustainable Financing of Transport Infrastructure in Germany’ and on ‘Construction and Maintenance of the German
transport network’ (“Bodewig Commission”).
Prof. Carlo Secchi is the European Coordinator of the Atlantic Corridor. He is a former Member of the Italian Senate and of the European Parliament, where he was Vice-President of the Economic, Monetary Affairs and Industrial Politics Commission over 1994-1999 and a member of the High-Level Group of the reform of the statute and financial treatment of the members of the European Parliament in 2000. He was the Rector of Bocconi University over 2000-2004 and is Professor Emeritus at Bocconi of European Economic Policy. He is also active on several boards and institutes. He has been involved with the TEN-T policy already since 2009, as Coordinator as well as Chair of the ‘Expert Group on TEN-T financing’ that contributed to the revision of TEN-T and the launch of the Connecting Europe Facility.
The authors wish to express their gratitude for the support and advice obtained from the other European Coordinators, the Commission services and the public and private bodies consulted.