A review on European Maritime Single Window environment, as a big step toward optimised and efficient shipping 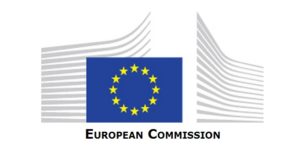 Our world is in transition to low-carbon economy and transport is not an exception. New technologies and initiatives are affecting the mobility landscape. among all modes of transport, Maritime transport is a backbone of trade and communications within and beyond the single market. Almost one third of all intra-EU and three quarters of the internationally traded goods (in tonnes) are seaborne. In terms of value, about half of EU international trade in goods is transported by sea. To maintain its role as a leader in the world, EU should take serious steps in digitalisation and decarbonisation of its maritime transport system. Shipping operators must follow a long procedure of reporting obligations, for port calls. Since 2010, by adoption of the Reporting Formalities Directive (RFD), a part of this reporting process is channelled via National Single Windows. The RFD has a primarily targeted to facilitate trade by simplifying and rationalising reporting formalities.

However, there are still some problems to be solved. The initiative of establishing a European Maritime Single Window environment addresses the problem of the current inefficient port call reporting environment for maritime transport operators resulted from some limits of the RFD Directive. In addition, the current directive  gives no guidance or obligation to guarantee the development of common data models. Therefore, the main challenge is Harmonisation that is only imposed at national level.The non-harmonised EU reporting environment makes reporting a very time-consuming while putting a heavy burden on the seafarers and company staff. The critical problem is that Member States developed their  own systems independently with different approaches.In short, the Directive suffers from not being legally binding which means not to allow the harmonized EU-Wide solutions to offer genuine benefits instead of net costs to shipping.

All above problems consequently has lowered the shipping competitiveness in comparison to other transport modes. Moreover, It has led to dissatisfaction among  the related professions in maritime transport sector.  The lack of harmonised ship reporting system has  prevented an efficient and optimised flow of freight-forwarding by ships. The absence of a binding standard framework,  has introduced reporting interfaces which are technically different for practically each port call. It has put obstacles in synchronisation between ship, departure ports, and destination port , which resulted in an increased lag time in ports. In broader view, the mismatch of administrative processes affects the entire logistic chain across the  EU including multimodal transport links; rail, road and inland waterway.

In 2016,  the European Commission launched a consultancy process to identify what revision is needed on the  RFD Directive. Large number of  responses from a wide range of stakeholders have reinforced the EC’s view that a revision of the RFD is needed. As a response, European Commission has recently prepared a  revision of the Reporting Formalities Directive in form of  “European Maritime Single Window environment” proposal.

In the meantime, the Commission published at the end of July 2017, a further public consultation in the form of an Inception Impact Assessment. The paper again, correctly identifies the major problems and factors behind the failure of the Directive and for the first time indicates possible directions that the revision process might take.

European Maritime Single Window environment is expected not only to simplify via harmonisation of the vessel reporting obligations, but also to streamline the customs processes. Among all actors and shipping stakeholders, the European shipowners believe that this initiative can be achieved if all stakeholders and authorities  are fully committed to making a success out of this.

Furthermore, with the support of the European Community Shipowners’ Associations (ECSA)  and a few short-sea shipping companies, the EU Commission is working on a pilot project: “e-manifest” to integrate it to the European Maritime Single Window. The scope of the pilot project is a part of the data contained in a carrier’s cargo manifest. No World Shipping Council members lines are involved in the pilot project as they claim that it suffers from lack of political commitments in implementation and lack of  clarity to its objectives. However, the European Commission  is still proceeding  the pilot project to possibly guide them in their revision of the RFD. While testing with companies on an extremely limited basis began in June, still no results are available.