A multi-port cruise region: dynamics and hierarchies in the Med 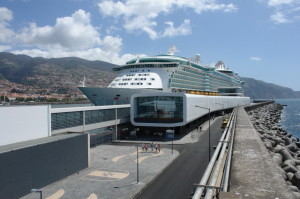 The structures of the growth of the cruise port industry in the Mediterranean and its adjoining seas the last decade is the theme of a port study.

The scholars analyse passenger movements in cruise ports in the region, focusing on the trends observed and concludes on the regional dynamics, i.e. growth variations, levels of market concentration, home-porting levels and seasonality.

Cruise witnessed an uninterrupted growth over the last 30 years.  While the global financial crisis of 2008-09 had a major impact over maritime cargo shipping, cruise lines and ports continued experiencing steadily rising numbers of passengers. The uninterrupted growth continued even when the Costa Concordia loss created the most sustained period of negative publicity for the industry.

The industry managed to ‘cruise through the perfect storm’ (Peisley, 2012), using an increasing number of ports of call and turnaround ports, aiming to provide excellent in-port and destination experiences and convenient departures from proximal embarkation cities.

At the same time, an industry that had focused on the United States and the Caribbean emerged into a global, highly efficient business. Today Cruise itineraries take place via the deployment of vessels in a specific geographic cruise region, or transferred between markets even within the same calendar year, with round the world cruises also in offer. Within this ongoing globalization of the cruise industry, the region of the world that has grown faster during the first fifteen years of the 21st century is the Mediterranean and its adjoining seas. This stands today as the second most popular cruise destination worldwide, enjoying substantial economic benefits.

The examination of the evolution path and cruise port hierarchy illustrates the transformation of the Med from a group of cruise port destinations hosting a certain number of cruise passengers to a multi-port cruise region hosting several millions of passenger movements.

The study then extends to intra-region dynamics. Comparing trends in the four distinctive port subsystems within what is commonly seen as a single cruise region, the study reveals the unexplored imbalances that co-exist with the overall growth. The picture completes with the examination of the trends in the major 20 cruise ports in the Med, and the levels of market concentration observed within the decade of under examination.