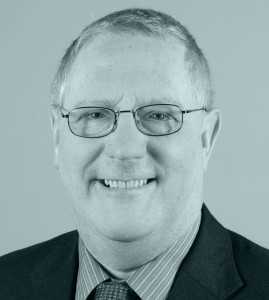 We got in touch with Brian Simpson, European Coordinator for the Motorways of the Sea programme and one of the keynote speakers for the upcoming Baltic Ports Conference 2017 and talked about the future of MoS and its impact on the Baltic port industry.

Mr. Brian Simpson, OBE
The European Coordinator for Motorways of the Sea

Baltic Ports Organization: Would you agree that the goals set by the European Commission within the Motorways of the Sea Programme have been accomplished? What conclusions can be drawn for the future?

Brian Simpson: Motorways of the Sea (MoS) policy shall contribute towards the achievement of a European maritime transport space without barriers. MoS consist of short sea routes, ports, associated maritime infrastructure and equipment and facilities as well as simplified administrative formalities enabling short-sea shipping to operate between at least two EU ports.

By definition the policy covers all core and comprehensive ports as defined by the TEN-T regulation and therefore the scope of intervention is wide and should not be discussed in the context of a completion or not. Motorways of the Sea policy is a process aimed to complete the Trans-European Transport Network by guaranteeing a fully functioning system for European Short Sea Shipping, connecting the maritime dimension to the European core network corridors, linking better with peripheral regions and help driving innovation in the maritime sector.

My work programme for Motorways of the Sea makes an effort to limit the scope of the most important priorities. I have identified three key development pillars as MoS principal objectives:
— Environment
— Integration of Maritime Transport in the Logistics Chain.
— Safety, Traffic Management, Human Element/Training

So far TEN-T and CEF invested on MoS policy, all together, €651 million from the EU budget.

If I focused solely on the last two years editions of the Connecting Europe Facility, the European Commission distributed in forms of grants € 360 million, which contributed to 40 European projects in total and triggered EU wide investment of € 965 million.

Most of money was spent on projects related to environment, for instance investments in LNG propulsion, infrastructure, exhaust gas cleaning systems (to comply with SECA), pilot testing of electric vessels and installations of on shore supply systems.

BPO: What kind of infrastructure should the ports concentrate on developing in order to support the implementation of the Motorways of the Sea Programme?

BS: Many Baltic ports are already actively participating in the Motorways of the Sea programme. They make a quarter of the 329 TEN-T ports. Baltic ports are champion in maritime environmental policies, not least because the Baltic Sea is one of the two European Control Areas.

MoS policy is supported by the Connecting Europe Facility budget.

In line with the development priorities of my work program, through grants, we help the industry to:

— Comply with air quality, emissions and SECA.
— To further deploy alternative fuels.
— Continue in looking into ways of lowering LNG storage and logistics costs.
— Support, in the past, a number of projects financing scrubbers within SECA.
— Tackle operational pollutions.
— Co-finance the upgrade of maritime links.
— Support information Communication Technologies.
— Develop a fully-fledged concept of the Sea Traffic Management.

BPO: How can the Motorways of the Sea Programme assist comprehensive ports in becoming more competitive?

BS: The Motorways of the Sea policy with its strong focus on short sea routes, maritime links and infrastructures is instrumental in supporting the short sea shipping and ports in Europe with the objective to strengthen the internal market, contribute to transport modal shift and support links with peripheral regions in Europe and with neighbouring countries.

MoS projects are open for comprehensive ports. The program strengthen the European maritime transport network through maritime links projects and reinforce the maritime sector as a whole through so called wider benefit projects.

— A maritime link project has to involve at least two EU ports from two different Member States. The project should include a maritime operator and at least one core port. There should be a balance between the investments in ports and the investments on vessels.
— Wider benefits projects have to address the industry needs widely. For instance through a set of coherent investments in a group of ports for LNG filling stations or coherent set of investents in port reception facilities in a region (Baltic Sea region, for example). This type of project does not have to be linked to specific port categories; it can include only comprehensive ports.
— Comprehensive ports may also participate in so called pilot actions , projects that introduce new and innovative concepts and technologies and in the pre-implementation phase and test them in real operational conditions.

Just retain the fragment about Mr Simpson being one of the keynote speakers at the BPC2017 in case you’d like to modify the intro a little bit.