Scrubber; is it the option to meet the shipping fuel sulphur cap on 2020? 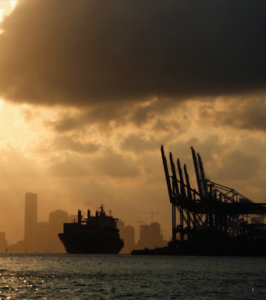 The maritime transport is the backbone of global trade and the world economy. But the maritime industry has been facing serious environmental challenges in adopting technologies and/or operational practices in order to comply with new strict regulations to reduce air emissions from ships. The adverse effects from the internal combustion engine and boiler exhaust gases on human beings and sensitive ecosystems have been well documented by the scientific community. The objective of regulations introduced by the International Maritime Organization (IMO), and the European Union (EU), is to reduce the contribution shipping makes to global and local emissions.

International and European regulations on SOx emission from ships

IMO – the International Maritime Organization – is the United Nations specialized agency with responsibility for the safety and security of shipping and the prevention of marine and atmospheric pollution by ships. IMO’s work supports the UN SDGs. The International Convention for the Prevention of Pollution from Ships (MARPOL) is the main international convention covering prevention of pollution of the marine environment by ships from operational or accidental causes.  SOx reduction is addressed in Regulation 14 of the MARPOL Annex VI. The emission requirements are linked to the sulphur content in fuels. From 2012 is the sulphur content limit in fuels globally <3.5% m/m,  and from 2010, < 1% m/m in SOx Emission Control Areas (SECAs). In 2008, the IMO revised the regulation on ship emission in the international convention of MARPOL Annex VI-Regulation 14, on the sulphur content of marine fuels. Under the current regulations, since 2015, ships engaged in international voyages in a Sulphur Emission Control Area (SECA) are not allowed to consume fuels with more than 0.1% m/m of sulphur. IMO confirmed 2020 as the date for the implementation of the new global of 0.5% sulphur cap for ships sailing in non-SECA areas.

At EU level, specifically, ships at berth in EU harbours and in canals have been regulated since 2010 and must comply with a 0.1% sulfur limit (EU directive 2005/33/EC, 2005). The same sulfur content limit of 0.1% will apply also for SECA waters in 2015.  In this respect, the SECA areas currently include the Baltic Sea, the North Sea and the English Channel in Europe. At a global level, ships are allowed to use fuels with sulphur content up to 3.5% m/m.

To comply with the forthcoming stricter on air emission, different methods have been offered to ship-owners. At EU level, Directive (EU) 2016/802 states the use of Emission Abatement Methods as an alternative solution to the traditional marine fuels for all ships in the European ports, territorial waters and economic exclusive zones. According to the Directive (Article 4c) the following EAMs have to be considered:

-Biofuels (and mixtures of biofuels and marine fuels) and, where applicable…

At the international level, according to the Regulation 4 of MARPOL-Annex VI, the Administrations of Party shall allow a fitting, material, appliance, apparatus or other procedures alternative fuels or compliance methods used as an alternative to that required by MARPOL Annex VI.

To reduce the air pollutant from ship emissions, Exhaust Gas Cleaning (EGC) technologies are used as an abatement method. EGC is divided into SOx scrubbers and NOx, reducing devices. The scrubber is an alternative compliance to low Sulphur marine fuels approved by the IMO and the EU. Some studies claimed that scrubbers could cut emissions of SO2 by 99% and also the emission reduction of Particular Matters (PM).

Scrubbing is an after-treatment method, which reduces the     SOx in ship emission by washing it out of the exhaust     gas.     According to the report by EMSA in 2018, different types of scrubbers are currently applicable to comply with sulphur emissions limitations, using otherwise non-compliant fuel. They can be categorized as below:

Open loop scrubbing systems have been used for many years by coastal power stations and by tanker ships’ inert-gas systems when in port without environmental issues. For low alkalinity waters or where there is little water exchange, closed-loop scrubbers and hybrid systems that can be operated in both open and closed loop mode are available. Scrubbers enable the use of high Sulphur residual  fuel, which means a significant decrease in energy needed for producing distillate fuel with the consequent  result in  CO2 emissions reduction.

There is a common misconception that scrubbers move the pollution from the air into the sea! In the scrubbing method,  wash-water removes and converts sulphuroxides from the exhaust gases. After sodium and chloride, sulphate is the most common ion in oceans’ seawater. With scrubbing the sulphure oxides of the ship emissions, the increase in ocean sulphate would be so tiny. However, scrubber wash-water discharges overboard, are also continuously monitored and subject to strict IMO discharge limits. Oil content is measured  and Particulate content is compared with inlet seawater. The PH is used to monitor acidity, which is readily buffered by the bicarbonates and carbonates in seawater. Various studies have concluded that any reduction in PH from scrubbing will be insignificant when compared with that resulting from increasing atmospheric CO2, which is absorbed by the oceans. Waste from both open and closed loop scrubbing must be landed to shoreside reception facilities. It cannot be discharged to sea or incinerated onboard.

Exhaust Gas Cleaning System technologies are to some extent mature and robust. Exhaust emissions from greater than 3.5% sulphur fuel are easily scrubbed, and Sulphur oxide emissions are washed out of exhaust gases. The Scrubbers are known as reliable emission abatement method as it has been used by some of the leading ship operators across the world.

In short words, retrofits or newbuilds, compliance by Scrubbers means to continuing with fuels that the crews understand, and your ships are designed to use.

The application of scrubbers onboard ships gives the advantage to avoid the 2020 low Sulphur fuel price premium and also the uncertainty of the supply of low Sulphur fuel bunker and the fuel quality.  As studied by the Exhaust Gas Cleaning Systems Association release in 2017, the Payback periods could be very short. Except for very low fuel consumption ships (<10t/day) installing scrubbers is likely to cost less than doing nothing. The total overall cost of high Sulphur fuel oil plus the CAPEX investment is likely to be less than just using compliant fuel. Charterers are aware of exhaust gas cleaning and may pay a premium for ships fitted with scrubbers.

From an environmental aspect, a recent study by German scientists concluded that running on High Sulphur Fuel and Scrubber is more environmental friendly than running on 0.10% m/m low Sulphur diesel   fuel   in   port   near   populated   areas.

The challenges to use scrubbers on ships

There are, however, technical and regulative concerns over the application of Scrubbers as an alternative option for Marine low Sulphur fuel.  Regarding wash-water discharges from open-loop scrubbers which deposit them in open seas and closed-water areas. This leads to higher pH levels in surrounding waters causing additional environmental concerns. Hence, open- loop scrubbers are  not  a  sustainable  alternative  compliance  method  for  marine Sulphur standards.

None of the emission abatement technologies is without challenges. From the open-loop technique down to the system installation onboard, either for a retrofit project or for a new-build, scrubber technologies have different technical aspects that require substantial engineering design and maintenance.

There are a number of issues, outlined below, relevant to the application of the scrubbers:

Flexibility could be the main benefit as a SOx scrubber provides the operator with two options to comply with SOx emission limits either by using marine low-Sulphur fuels or by using the SOX scrubber to clean the exhaust gas.

The risk of non-compliance as the result of the operational failure of the scrubber after-treatment system.  However, the  probability  of  such a failure    depends  upon the  reliability  of  the  system components  and also the  redundancy  integrated in  the  system’s  design.  For example, designing a wet SOx scrubber with three pumps each capable of meeting 50% of the wash-water pump demand would allow the scrubber to continue to operate in the event of a single pump failure. Understanding  the  likelihood  and  consequences  of  a  failure  of  an  EGTS  will allow informed decisions to be made on the amount of redundancy to be designed into the system.

Backpressure in exhaust gas exit-line is another challenge as the ship engine manufacturers include an acceptable range of exhaust backpressures within the technical specifications of their engines. It means that if the engine is operating outside this range, it will result in accelerated wear-down, reduced maintenance intervals, reduced power and increased fuel consumption. In addition, an engine’s NOx Technical File may also specify a range of permissible backpressures. Therefore, the system designers need to understand the impact of this on the engine. However, any kind of backpressure could be counteracted by adding an induced draft fan (ID fan) into the exhaust duct, but with its related cost of installation and maintenance.

Exhaust gas velocity is important to all ships. With installation and use of the emission gas cleaning system the outgoing exhaust gas will slow down and any cooling will slow it down further. Accordingly, to make sure the exhaust gas clears the ship, the exhaust duct outlet may have to be redesigned to increase the velocity of the gas as it exits the funnel. For passenger and cruise ships, it is more important. However, it must be noted not to increase the backpressure by the new design of exhaust outlines.

Maintenance, crew training and workload can be the main challenge from the operational perspective.  Any planned maintenance or unexpected failure of the scrubber systems may impact the availability of the ship to operate in an SECA area. The cleaning will either need to be scheduled while the ship is operating in locations where the SCR system is not required or the ship might have to be taken out of service.

Crew training should cover the normal operation of the EGTS, including the use of specific personal protective equipment  (PPE), bunkering of any chemicals (consumables), calibration of sensors and routine maintenance, as well as the procedures to be followed in case of system failure and deviation from normal operation. While the number of personnel on board ships has reduced in recent decades, the number of international shipping regulations to meet has increased considerably. For the case of emission reduction technologies, the additional workload associated with system operation and maintenance should be assessed and managed in such a way to avoid crew fatigue.

There are also some issues to meet from a regulatory perspective, for the application of scrubbers on board the ships. How flag and port states will respond in the case of a technical problem such as the scrubber system failure? What if it would be required, that the ship to sail to the nearest port until either the exhaust after-treatment system has been fixed or an alternative method of compliance is available? What will be the commercial consequence of such a delay?